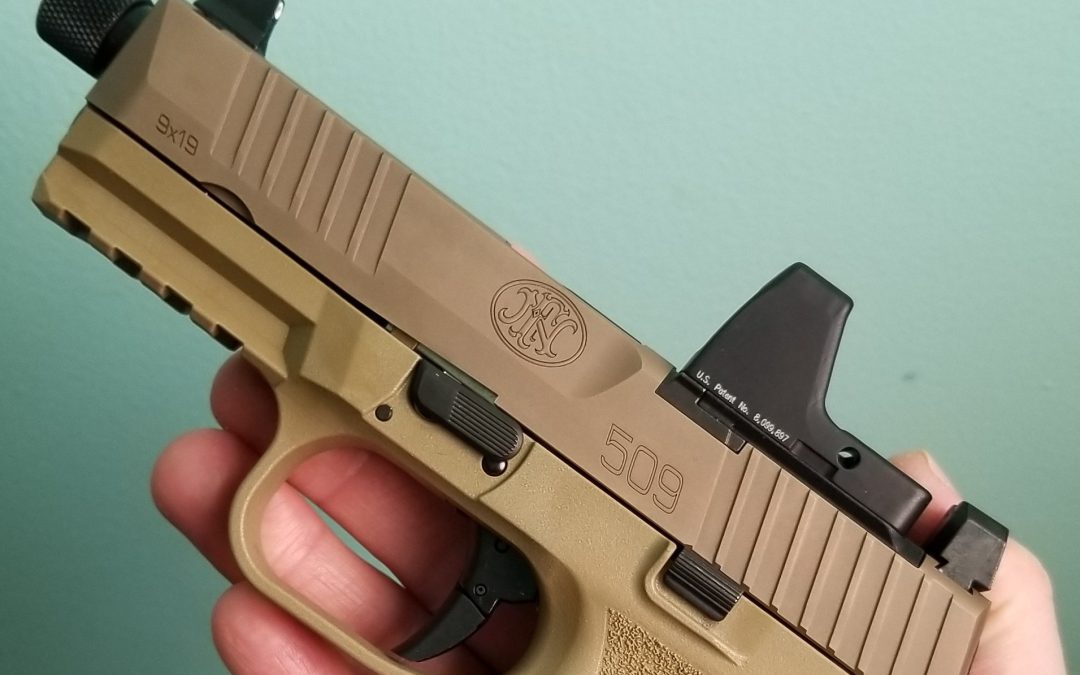 Red dot sights on pistols is nothing new. They’ve been on competition guns for a long time. Now that the mounting options and optics are more reliable and smaller, they are making strong inroads to law enforcement and self-defense. There are numerous reasons to switch to a red dot on a handgun, from both an individual and instructor’s stance. They are also quickly being adopted for duty use.

I wasn’t sure if it was for me. The cost alone of a quality set up for everyday use is enough to scare someone off. The gun, the optic, the aftermarket gunsmithing (it seldom stops with the optic cut). There are now many manufacturers producing optic ready guns, but they are not nearly as robust as a custom cut, but they will get you started. The Sig Sauer Rx line of handguns was where I chose to start out since they were the most cost-effective option.

My choice was a Sig p320Rx full size, $800ish out the door in the Chicagoland area. Plus, I had been wanting to try the 320 since it came out. After grabbing one and playing with it for a bit I started reading up on how to effectively use it. My primary sources were Sage Dynamics (Aaron Cowan) and Modern Samurai Project (Scott Jedlilnski). The internet was full of suggestions but these 2 made the most sense to me, and they’re highly regarded in the red dot game.

I took it out and played with it but never really put in any serious effort to learn it. I could make hits and quickly saw why people liked them. But that was it. I finally decided to give it my full attention when I hosted Chuck Pressburg of Press Check Consulting. I mean I couldn’t take a class from the creator of the Roland special on a gun with iron sights. I had missed a class with Scott Jedlinski earlier that year, and it bugged me. Chucks No Fail Pistol class sold me on red dots, and next thing I know I was a Jedi class next.

I struggled through Chucks class but made significant improvements. Jedi’s class was less of an effort and that’s when it really started to make sense (after 1 day). I had to miss the second day due to a family illness but, I can’t wait to get into the next one. After 3 days of instruction using a red dot, I decided to switch my carry set up to include a pistol equipped with a red dot sight. Next thing I know I was sending off my carry gun (CZ P07) off for some work. Now I am sitting with my 320, CZ, FN 509 all RDS equipped and another 2 in the making.

Red dot sights on guns are not for everyone, but they are here to stay and should be seriously considered. Its hard to deny the advantages that they give a shooter. There is also a significant advantage for new shooters and those with worsening vision.