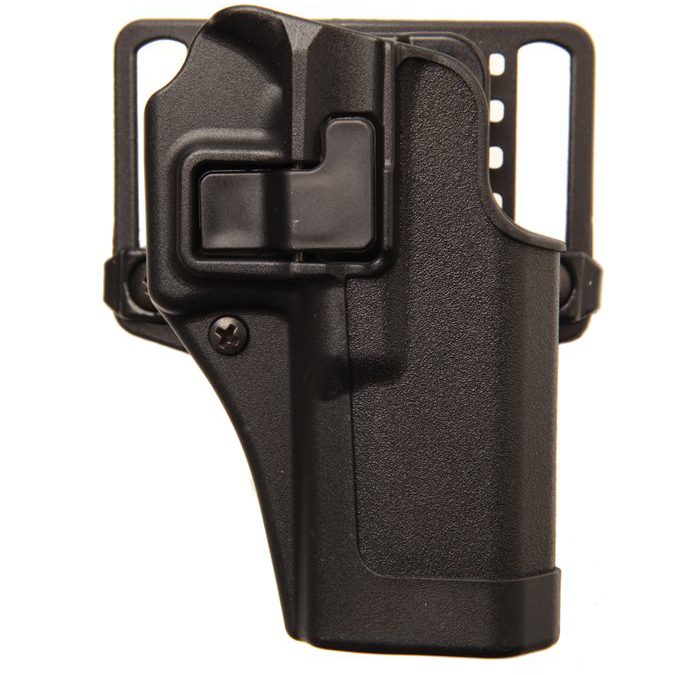 Serpa, let’s get this out of the way right up front, NO! No, on all of them, but, especially the concealment or cheap versions. The Serpa is the worst holster out there that just won’t go away. It won’t go away for a couple of reasons. You will find them in every gun shop across the country because of profit margins. Shops can buy them dirt cheap and sell them at a huge mark up. Its all about profit margins. “If it’s good enough for the military, then its good enough for me.” Sorry, that dog won’t hunt. The military issues DA/SA guns, with a long heavy trigger travel. There is an added layer of protection there that you don’t have with your modern striker fired gun…especially with your fancy after market, short travel, light weight trigger. Plus, the military has learned from the past and now issues a Safariland ALS style with the M17 handgun. “Mine has always worked for me!” Nope, your sample size of one doesn’t count. More so, because I am willing to bet you haven’t trained with it enough to actually test it. The majority of high level LEO/MIL/GOV and civilian trainers have banned them from use in class unless required by your agency as issued gear. Want another one? The LAPD has banned them from duty use…one of the largest police departments in the country. These are what we call clues.

The design of the Serpa doesn’t allow for inspection of the unit for maintenance or repair. This means that you won’t know when it will break. To top that off, when the retentions mechanism breaks there is no friction fit. This means the gun just rattles around in the holster. The paddle release is incredibly prone to jamming with foreign debris such as dirt, rocks, and some instructors I have full faith in have even witnessed snow cause the Serpa to stop functioning. So now the release wont function, what do we do? We press harder inward on the release and pull on the gun violently. Why? Because we need that gun right now, and we are under a severe amount of stress because our life is in danger. It is a dangerous holster that will fail you; it is not an “if, it is a “when”. This is not a training issue. Any holster that requires you to put inward pressure towards the trigger, with your trigger finger is bad. The rate of negligent discharges related to the Serpa holster is tremendous. Even some of the top shooters in the world, including those that are sponsored by Blackhawk, have been filmed unintentionally touching the trigger on their draw stroke. If it happens to them, it will happen to you. Your trigger finger has two, very important, jobs when it is near a gun; working the trigger and avoiding the trigger. Releasing the retention on your holster should not be on that list.
Now that that is out of the way, I can get back on topic.